An organization tasked with collecting, documenting, and safeguarding the grand legacy of Internet Folklife.

The Bibliotheca Anonoma has put together a brand new, Jekyll (and Minimal Mistakes)-based website for the Yotsuba Society, which beats the rotting Drupal 7.x CMS it used to use.

And don’t worry, all the old pagelinks and downloads still work (we worked hard to make that possible), so no need to change your bookmarks.

The Yotsuba Society, recently discovered that their website was getting spam sites injected into their aging Drupal 7.x installation.

Yes, with these messy, ancient CMS codebases, if you fail to update, security is like swiss cheese. It’s a matter of time before your site gets exploited. And even if you think your site has nothing of value, it has valuable server space that spam sites can plaster their junk into. 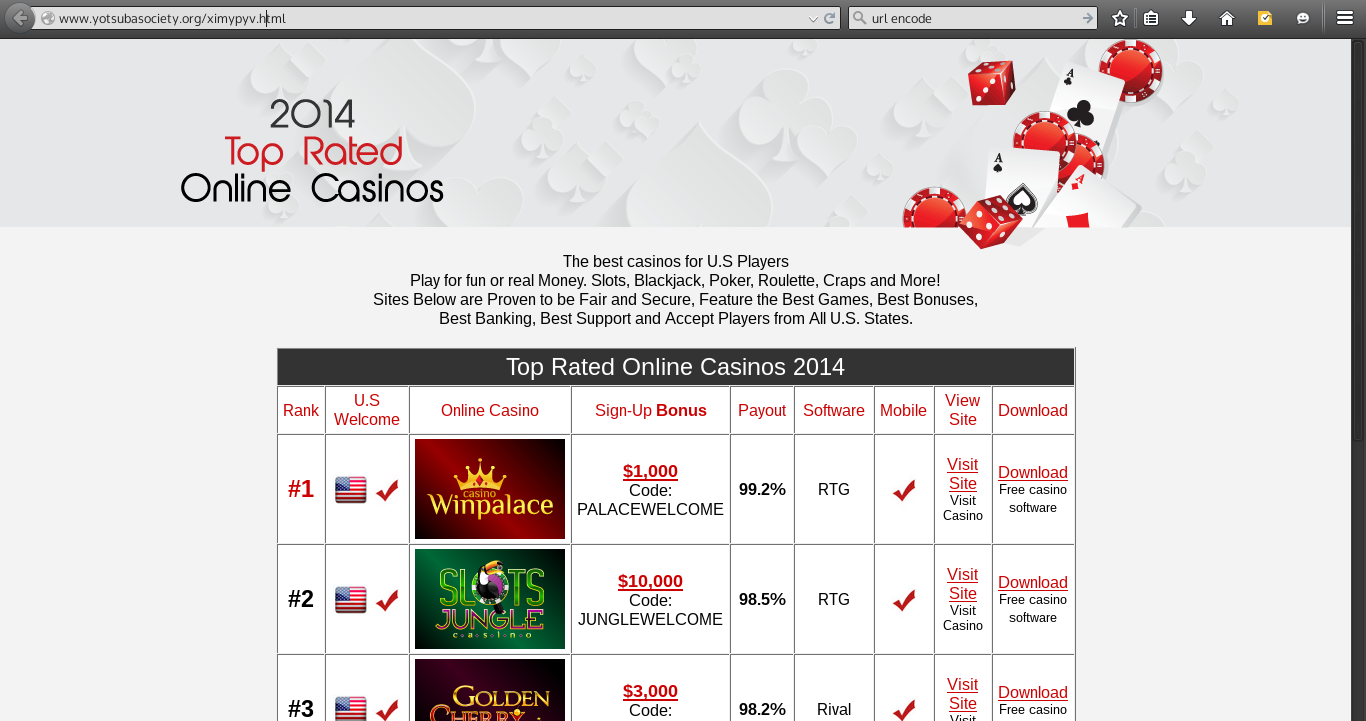 The admin’s original plan was simply to shut down the site indefinitely, but that would have meant the total death of the Yotsuba Society. A great example that sometimes, even the archivists have to archived. So I instead recommended that they abandon the CMS system entirely, and replace it with a Static HTML engine (such as Jekyll).

The CMS is often a necessary evil in large, account-based websites which implement forums, rich content, multiple posters, and such. However, by now the Yotsuba Society had significantly reduced it’s operations, and was only using the CMS as a blog. Because Drupal 7 was now legacy code, it was starting to get spam ads injected into it to trick some poor saps.

Not everything has to be a giant Wordpress/Drupal/Joomla site. If you’re only pushing information in a blog and some pages, perhaps with a few Disqus comments on the side, all you need is a static HTML engine, such as Jekyll.

And yes, Static HTML engines support comments too, via Disqus.

First, we must lay down some ground rules for website migration.

Jekyll provides a fully-functional blog import system that will grab all pages, tags, categories from Drupal, by communicating with the SQL server.

Note: This script can’t grab image nodes or comments! Remember to grab those manually or obtain via some other method!
Also, it only grabs blog posts. Home Pages and other special nodes also need to be obtained manually.

You should edit the fields in the command before using it.

There are two ways to work with the Drupal SQL Database:

For example, here is the command we used to communicate with the Yotsuba Society MySQL Database:

Set up a SQL Backup and Export from it

Sometimes you might only have access to a SQL database backup. To export this database, you will have to create a local MySQL/MariaDB server, and import the database backup.

Now you can import the database. As the localuser user, we access the localhost SQL server and insert the backup.sql dump into the yotsubasociety database.

Finally, here’s the command we used to export to Jekyll from the localhost SQL Server. Usually, the prefix is drupal_.

Cleaning up the Posts

Unfortunately, due to bugs in the Drupal import script:

On the other hand, the correct title (well, lost underscores and Capitals) is always posted in the filename:

There must be some way we can make the title work. (though maybe it might actually display when compiled?)

Patching Jekyll-Import to work with Drupal 7

Jekyll-Import’s Drupal 7 import scripts just aren’t perfect or complete, as this bug report shows. We had to patch it to give us the correct title.

I have fixed this bug entirely by forcing the strings into Unicode format (and stripping any preceding and ending whitespace with strip):

That way, it works even for those pesky titles with stray \xE2 junk that screws everything up.

Before the change went live at the Jekyll-Import gem, I had to push the change to my existing gem to make the title work. First, we will have to be able to edit the gem, which is non-trivial. Thankfully, this user on StackOverflow has a handy Fork and Source method.

(though for me, the changes didn’t stick, so I just hacked the file directly at: /usr/lib/ruby/gems/1.9.1/gems/jekyll-import-0.5.3/lib/jekyll-import/importers/drupal7.rb)

If your website used a url_alias, as it probably should have, you will definitely want to inject them into the blog pages as a Jekyll permalink.

Sadly, as you see from the Drupal 7 Schema, the url_alias table is in no way relationally related to a node, which is just plain stupid and makes life hard.

I guess the only way to insert this right is to do it by hand. That’s what we were forced to do.

First, use the following MySQL command to open the table and grab everything from the url_alias table.

You will obtain all the url_alias from the database:

I created this nice markdown table by taking the MySQL Table SELECT query, and changing the middle bar to Markdown format (changed all the + signs to |).

To ease the process of matching a node to a shortlink, I used a regex in the KDE Kate editor to match all node/## instances, and convert them into markdown links to the site in question. This way, I can just click a link as shown above to find the original title.

Then, I open every single post dumped, and add permalink: /page_name_to_use in the YAML section. This can take a while.

I also use the handy Jekyll Redirect-from gem to make the /node/## links work as well:

Note: Make sure that the links all end in a /. This way, a folder with /node/1/index.html will be created, instead of /node/1, which is just spit at the browser as a downloadable binary.

Now that you have the data exported, choose a Jekyll theme that fits for you. Here’s a nice listing of some free, amazing themes.

Since I needed something simple, and since the Bibliotheca Anonoma Blog and my own blog uses the same theme, I used the very nice, simple, and responsive Minimal Mistakes theme.

All I had to do was git clone the theme, paste all the pages into the theme, and do a bit of configuration, and the Jekyll site is ready.

For the most part, you will want to host your Jekyll Site using Github Pages. Github has the best support for Jekyll (they created it), and offers free limitless Static HTML hosting.

Notice that you can also use custom domains with Github Pages! We had to direct http://yotsubasociety.org to the Github Pages server, following the instructions provided by Github.

And now, the new Yotsuba Society Website is complete. What an amazing, difficult, but eye-opening journey.